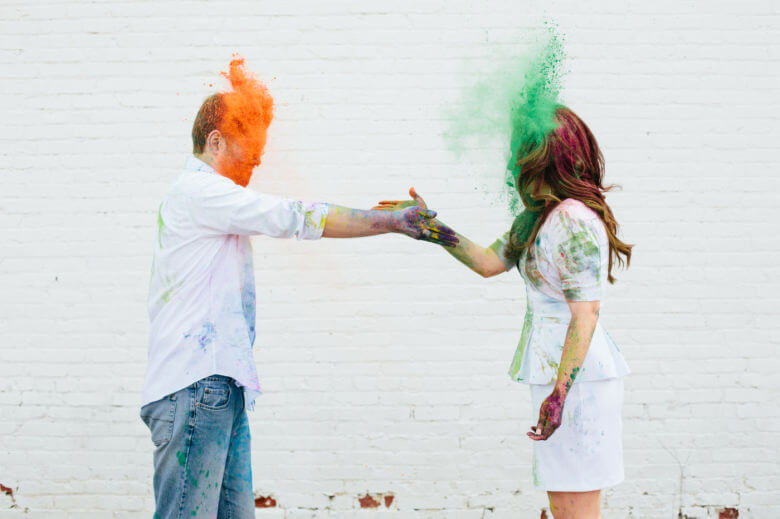 We sit silently. My friend stares deeply into her empty glass, occasionally shuffling the ice around with her straw. “Wow,” she says. I sit and wait for her to say something else. What started out as a festive night somehow became a long, deep discussion about love, what it consists of, and how rare it actually is.

“Well, maybe you just haven’t met the right person yet,” I say — the totally cliche thing that every friend says in this situation.

“No,” she says. “I mean, I’ve never experienced that with anyone. My parents, my family, even most of my friends.” She looks up at me, her eyes glassy and wet, “Maybe I don’t know what love is.”

Well, I got solutions. Or at least ideas. OK, I should probably just say I’ve got ideas for solutions, because god knows I can’t fix everybody’s shit.

Put your email below to receive a free 54-page PDF full of relationship-saving ideas. Check it out.

When you’re a teenager, being “cool” is traded like a currency. You accumulate as much coolness as possible and then you find other kids with a lot of coolness and you bargain to share that coolness to make each other even cooler.

And if at any point you come across a kid with far less coolness than you, you tell that nerd to fuck off and stop being such a loser and dragging your coolness down because the other cool kids might see you, like, actually talking to each other.

Your coolness balance determines the level of demand for a relationship with you. If you suck at sports and sports are cool, then there will be less demand for your friendship. If you’re awesome at playing guitar and guitars are cool, then your coolness stock will rise appropriately and people will like you again. In this way, high school is a constant arms race to cultivate as much coolness as possible.

And this is fine. Trading in the coolness economy is part of growing up and figuring out who you are. You have to participate in all of the bullshit in order to learn to rise above it.

Because at some point, you grow out of this tit-for-tat approach to life. You start just enjoying people for who they are, not because they play football well or use the same brand of toilet paper as you.

Getting Stuck on Conditional Relationships

Not everyone grows out of these conditional relationships. Many people, for whatever reason, get stuck in the coolness economy and continue to play the game well into adulthood. The manipulation gets more sophisticated but the same games are there. They never let go of the belief that love and acceptance are contingent on some benefit they’re providing to people, some condition that they must fulfill.

The problem with conditional relationships is that they inherently prioritize something else above the relationship. So it’s not you I really care about, but rather your access to people in the music industry. Or it’s not really me you care about, but my fantastically handsome face and witty one-liners (I know, I know — it’s OK).

These conditional relationships can get really fucked up on an emotional level. Because the decision to chase “coolness” doesn’t just happen. Chasing coolness is something we do because we feel shitty about ourselves and desperately need to feel otherwise.

So it’s not really you I care about, but rather using you to make me feel good about myself. Maybe I’m always trying to save you or fix your problems or provide for you or impress you in some way. Maybe I’m using you for sex or money or to impress my friends. Maybe you are using me for sex, and that makes me feel good because for once I feel wanted and seen.

Draw it up however you’d like, but at the end of the day, it’s all the same. These are relationships built on conditions. They are built on: “I will love you only if you make me feel good about myself; you will love me only if I make you feel good about yourself.”

We attach ourselves to superficial objects and ideas and then try to live them vicariously through the people we become close to. These conditional relationships then make us even more lonely because no real connection is ever being made.

Conditional relationships also cause us to tolerate being treated poorly. After all, if I’m dating someone because she has a rockin’ bod that impresses all my guy friends, then I’m more likely to allow myself to be treated like crap by her because, after all, I’m not with her for how she treats me, I’m with her to impress others.

Conditional relationships don’t last because the conditions they are based upon never last. And once the conditions are gone, like a rug that’s pulled out from under you, the two people involved will fall and hurt themselves and will have never seen it coming.

What Unconditional Love is

This transitory nature of conditional relationships is usually something people can only see with the passage of a sufficient amount of time. Teenagers are young and just discovering their identities, so it makes sense that they are constantly obsessed with how they measure up to others. But as years go on, most people realize that few people stick around in their lives. And there’s probably a reason for that.

As most people age, most of them come to prioritize unconditional relationships — relationships where each person is accepted unconditionally for whoever he or she is, without additional expectations. This is called “adulthood” and it’s a mystical land that few people, regardless of their age, ever see, much less inhabit.

The trick to “growing up” is to prioritize unconditional relationships, to learn how to appreciate someone despite their flaws, mistakes, bum ideas, and to judge a partner or a friend solely based on how they treat you, not based on how you benefit from them, to see them as an end within themselves rather than a means to some other end.

Unconditional relationships are the only real relationships. They cannot be shaken by the ups and downs of life. They are not altered by superficial benefits and failures. If you and I have an unconditional friendship, it doesn’t matter if I lose my job and move to another country, or you get a sex change and start playing the banjo; you and I will continue to respect and support each other. The relationship is not subjected to the coolness economy where I drop you the second you start hurting my chances to impress others. And I definitely don’t get butthurt if you choose to do something with your life that I wouldn’t choose.

Parents, as usual, are often the culprits here. But most parents are not consciously conditional towards their children (in fact, chances are that they were never loved unconditionally by their parents, so they’re just doing all they know how to do). But as with all relationship skills, it starts in the family.

If dad only approved of you when you obeyed his orders; if mom only liked you when you were making good grades; if brother was only nice to you when no one else was around; these things all train you to subconsciously treat yourself as some tool for other people’s benefits. You will then build your future relationships by molding yourself to fit other people’s needs. Not your own. You will also build your relationships by manipulating others to fit your needs rather than take care of them yourself. This is the basis for a toxic relationship. 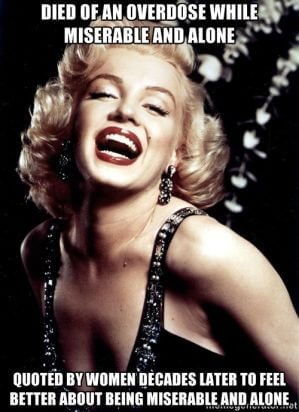 Conditions cut both ways. You don’t stay friends with a person who is using you to feel better about themselves unless you too are somehow getting some benefit out of the friendship as well. Despite what every girl who posts cheesy Marilyn Monroe quotes on Facebook thinks, you don’t accidentally get suckered into dating someone who uses you for your tits because you’re unconditionally loving yourself. No, you bought into that person’s conditions because you were using them to meet your own conditions.

Most conditional relationships are entered into unconsciously — that is, they are entered into without conscious thought about who this person is or why they like you or what their behavior towards you indicates. You just see their sweet tattoos and envy their rad bike and want to be close to them.

People who enter into conditional relationships enter into them for the simple reason that these relationships feel really good, yet they never stop to question why it feels so good. After all, cocaine feels pretty good, but you don’t run out and buy a bunch the second you see it, do you?

Create hypotheticals with your relationships. Ask yourself:

But you need to also turn around and ask them about yourself, too:

There are a million hypothetical questions and you should be asking yourself every single one of them. All the time.

Because if any of them ever has an answer other than, “It would change nothing,” then you probably have a conditional relationship on your hands — i.e., you don’t have a real loving relationship where you think you do.

It hurts to admit, I know.

This invariably involves telling someone close to you “no” in the exact situation they want to hear it the least. It will cause drama. A shit-storm of drama in many cases. After all, what you are doing is you are taking somebody who has been using parts of you to make themselves feel better and denying their ability to do so. Their reaction will be angry and they will blame you. They will say a lot of mean things about you.

But don’t become discouraged. This sort of reaction is just further proof of the conditions on the relationship. A real honest love is willing to respect and accept something it doesn’t want to hear. A conditional love will fight back.

But this drama is necessary. Because one of two things will emerge from it. Either the person will be unable to let go of their conditions and they will therefore remove themselves from your life (which, ultimately, is a good thing in most cases). Or, the person will be forced to appreciate you unconditionally, to love you in spite of the inconveniences you may pose to themselves or their self-esteem.