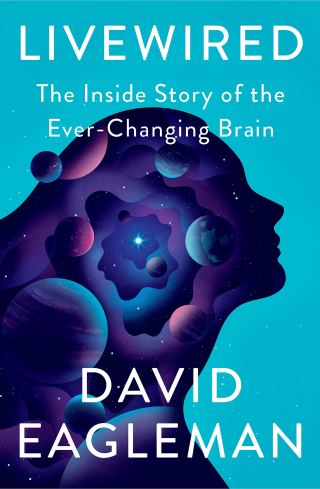 “Who is good if he knows not who he is? and who knows what he is, if he forgets that things which have been made are perishable, and that it is not possible for one human being to be with another always?” So wrote Epictetus two millennia ago, offering the Stoic strategy for surviving heartbreak as he contemplated love and loss long before the birth of neuroscience, before notions of hormones and neurotransmitters, before the heretical idea that out of this perishable flesh and its enskulled synaptic command center arises all of who and what we are. In the epochs since, countless poems and songs and private journal pages have likened the effects of love to those of a drug and the effects of loss, of heartbreak, of the dissolution of the illusion of always, to the maddening, debilitating effects of withdrawal.

Such metaphors, it turns out, are not mere poetic fancy but an apt reflection of an underlying neurobiological reality. So argues neuroscientist David Eagleman in a portion of Livewired: The Inside Story of the Ever-Changing Brain (public library) — an altogether fascinating tour of the astonishing plasticity and interconnectedness inside the cranial cradle of all of our experience of reality, animated by Eagleman’s erudite enthusiasm for his subject, aglow with the ecstasy of sensemaking that comes when the seemingly unconnected snaps into a consummate totality of understanding.

The difference between predictions and outcomes is the key to understanding a strange property of learning: if you’re predicting perfectly, your brain doesn’t need to change further… Changes in the brain happen only when there’s a difference between what was expected and what actually happens.

The brain’s constant labor at predictive modeling of the world, this ceaseless calibration of expectation to actuality, is how addiction sinks its fangs into the tissue of being:

Consumption of a drug changes the number of receptors for the drug in the brain — to such an extent that you can look at a brain after a person has died and determine his addictions by gauging his molecular changes. This is why people become desensitized (or tolerant) to a drug: the brain comes to predict the presence of the drug, and adapts its receptor expression so it can maintain a stable equilibrium when it receives the next hit. In a physical, literal way, the brain comes to expect the drug to be there: the biological details have calibrated themselves accordingly. Because the system now predicts a certain amount to be present, more is needed to achieve the original high.

Neurobiology and psychology converge in the common ground between drug withdrawal and heartbreak. Echoing poet Meghan O’Rourke’s observation from her stunning memoir of learning to live with loss that “the people we most love do become a physical part of us, ingrained in our synapses, in the pathways where memories are created,” Eagleman writes:

People you love become part of you — not just metaphorically, but physically. You absorb people into your internal model of the world. Your brain refashions itself around the expectation of their presence. After the breakup with a lover, the death of a friend, or the loss of a parent, the sudden absence represents a major departure from homeostasis. As Kahlil Gibran put it in The Prophet, “And ever has it been that love knows not its own depth until the hour of separation.”

In this way, your brain is like the negative image of everyone you’ve come in contact with. Your lovers, friends, and parents fill in their expected shapes. Just like feeling the waves after you’ve departed the boat, or craving the drug when it’s absent, so your brain calls for the people in your life to be there. When someone moves away, rejects you, or dies, your brain struggles with its thwarted expectations. Slowly, through time, it has to readjust to a world without that person.