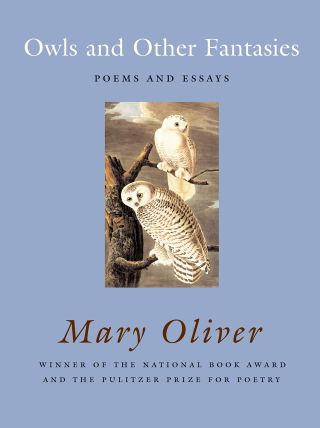 “Go to the limits of your longing… Let everything happen to you: beauty and terror,” Rilke urged in his Book of Hours, his poetic cadence assuring us to “just keep going,” for “nearby is the country they call life.” Rilke sensed that, as the great naturalist John Muir observed a generation earlier, “when we try to pick out anything by itself, we find it hitched to everything else in the universe.” In such a universe, beauty is not so easily unhitched from terror — they coexist in one of those essential batteries whose two poles, like fear and hope, charge life with meaning, with aliveness.

We see this everywhere in nature: Virginia Woolf captured it in her arresting account of a total solar eclipse, and Coleridge captured it in contemplating the interplay of terror and transcendence in a storm. And like all that is true of nature, this duality of beauty and terror is also true of the subset of nature comprising our experience — the subset we call human nature: When happiness comes at us unbidden and elemental, there is almost a terror to its coming — to the totality of it, to the way it submerges and saturates and supinates us with something vast and uncontrollable and sublime, thrusting us past the limits of our longing.

This essential battery is what Mary Oliver (September 10, 1935–January 17, 2019) — a Rilke for our own time: a rare philosopher-poet of immense and tender attentiveness to the living world and to our human interiority — explores in one of the pieces collected in the 2003 treasure Owls and Other Fantasies: Poems and Essays (public library).

In an essay about owls — which, like all excellent essays, fans out fractally from its subject to become about something else, something elemental and existential — Oliver reflects on these mysterious and astonishing creatures as she wanders the woodlands of Provincetown near her home, searching for the nest of the great horned owl, “this bird with the glassy gaze, restless on the bough, nothing but blood on its mind.” She writes:

In the night, when the owl is less than exquisitely swift and perfect, the scream of the rabbit is terrible. But the scream of the owl, which is not of pain and hopelessness and the fear of being plucked out of the world, but of the sheer rollicking glory of the death-bringer, is more terrible still. When I hear it resounding through the woods, and then the five black pellets of its song dropping like stones into the air, I know I am standing at the edge of the mystery, in which terror is naturally and abundantly part of life, part of even the most becalmed, intelligent, sunny life — as, for example, my own. The world where the owl is endlessly hungry and endlessly on the hunt is the world in which I live too. There is only one world.

In this one world — a miraculous and irreplaceable world; a world in which, as the poetic scientist and nature writer Loren Eiseley so memorably observed, “we forget that nature itself is one vast miracle transcending the reality of night and nothingness… that each one of us in his personal life repeats that miracle” — the bloodthirst in the owl’s bosom is inseparable from the lifethirst in our own, as beauty and terror are inseparable from one another and from the fulness of being that is life being lived.

In a passage evocative of Willa Cather’s splendid definition of happiness, Oliver writes:

Sometimes, while I have stood listening to the owl’s song drifting through the trees, when it is ten degrees above nothing and life for any small creature is hard enough without that, I have found myself thinking of summer fields. Fields full of flowers — poppies or lupines. Or, here, fields where the roses hook into the dunes, and their increase is manyfold. All summer they are red and pink and white tents of softness and nectar, which wafts and hangs everywhere — a sweetness so palpable and excessive that, before it, I’m struck, I’m taken, I’m conquered; I’m washed into it, as though it was a river, full of dreaming and idleness — I drop to the sand, I can’t move; I am restless no more; I am replete, supine, finished, filled to the last edges with an immobilizing happiness. And is this not also terrible? Is this not also frightening?

Are the roses not also — even as the owl is — excessive? Each flower is small and lovely, but in their sheer and silent abundance the roses become an immutable force, as though the work of the wild roses was to make sure that all of us, who come wandering over the sand, may be, for a while, struck to the heart and saturated with a simple joy. Let the mind be teased by such stretches of the imagination, by such balance. Now I am cringing at the very sound of the owl’s dark wings opening over my head — not long ago I could do nothing but lounge on the sand and stare into the cities of the roses.

Complement the altogether wondrous Owls and Other Fantasies with Oliver on how to live with maximal aliveness, the two building blocks of creativity, her advice on writing, her moving elegy for her soul mate, and her radiant ode to trees.