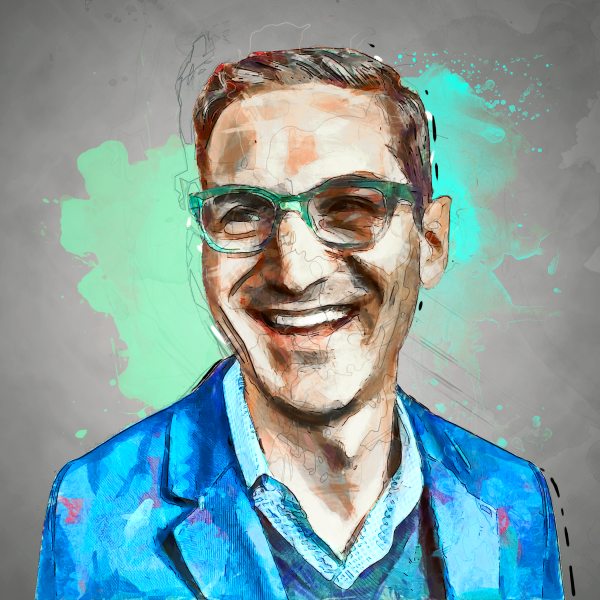 “There is a natural skepticism that you develop as a journalist, which I think is important. But oftentimes that develops into cynicism.”

Guy Raz (@guyraz) is the creator and host of the popular podcasts How I Built This, Wisdom from the Top, and The Rewind. He’s also the co-creator of the acclaimed podcasts TED Radio Hour and the children’s program Wow in the World. He’s received the Edward R. Murrow Award, the Daniel Schorr Journalism Prize, the National Headliner Award, and the NABJ Award, among many others, and was a Nieman journalism fellow at Harvard.

His brand-new book is titled How I Built This: The Unexpected Paths to Success from the World’s Most Inspiring Entrepreneurs. Past podcast guest Adam Grant has this to say about it: “[This book is] the mother of all entrepreneurship memoirs. It’s a must-read for anyone who wants to start a business, grow a business, or be inspired by those who do.”

Brought to you by Wealthfront, Pique Tea, and LinkedIn Jobs. More on all three below.

This episode is also brought to you by Pique Tea! I first learned about Pique through my friends Dr. Peter Attia and Kevin Rose and now Pique’s fermented pu’er tea crystals have become my daily go-to. I often kickstart my mornings with their Pu’er Green tea and Pu’er Black tea, and I alternate between the two. Their crystals are cold-extracted using only wild-harvested leaves from 250-year-old tea trees. Plus, they triple toxin screen for heavy metals, pesticides, and toxic mold—contaminants commonly found in tea. I also use the crystals for iced tea, which saves a ton of time and hassle.

Pique is offering 15% off of their pu’er teas for the first time ever, exclusively to my listeners. Simply visit PiqueTea.com/Tim and the discount will be automatically applied. They also offer a 30-day satisfaction guarantee, so your purchase is completely risk free. Just go to PiqueTea.com/Tim to learn more.

This episode is also brought to you by LinkedIn Jobs. Whether you are looking to hire now for a critical role or thinking about needs that you may have in the future, LinkedIn Jobs can help. LinkedIn screens candidates for the hard and soft skills you’re looking for and puts your job in front of candidates looking for job opportunities that match what you have to offer.

Using LinkedIn’s active community of more than 690 million professionals worldwide, LinkedIn Jobs can help you find and hire the right person faster. When your business is ready to make that next hire, find the right person with LinkedIn Jobs. You can pay what you want and get the first $50 off. Just visit LinkedIn.com/Tim.

Want to hear my interview with an entrepreneur mentioned in this episode? Check out my conversation Joe Gebbia, co-founder of Airbnb. In this wide-ranging and hilarious interview, Joe shares the decisions, hardship, failures, and successes that prepared him for Airbnb.