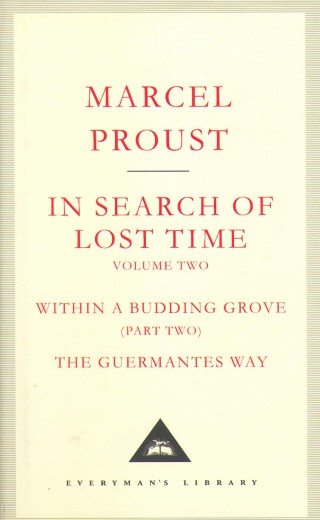 The word empathy entered the popular lexicon in the early twentieth century as a term to describe the imaginative act of projecting yourself into a work of art, into the subjective world of the artist, where you encounter yourself afresh and emerge with your own world enlarged, your own experience enlivened. Every transcendent song or painting or poem that enchant us has sprung from some element of its creator’s life — some profound event or some mundane moment, which one subjective consciousness has endowed with a supranatural halo of meaning and encoded the meaning into music or color or image that staggers another with its beauty, its private resonance, its elemental truth. That, after all, is why art moves us, what art is — the transfiguration of the personal into the universal, of the mundane into the miraculous.

Marcel Proust (July 10, 1871–November 18, 1922) explores this transcendent transfiguration with characteristic sweep and splendor of sentiment as he contemplates the essence of creativity and the hallmark of artistic genius in a passage from Within a Budding Grove (public library) — the second volume of his colossal seven-volume novel In Search of Lost Time, which has helped artists survive prison camps and prompted philosophers to consider the ultimate test of true love.

A century after Schopenhauer made his classic distinction between genius and talent, Proust writes:

Genius, and even great talent, springs less from seeds of intellect and social refinement superior to those of other people than from the faculty of transforming and transposing them. To heat a liquid with an electric lamp requires not the strongest lamp possible, but one of which the current can cease to illuminate, can be diverted so as to give heat instead of light. To mount the skies it is not necessary to have the most powerful of motors, one must have a motor which, instead of continuing to run along the earth’s surface, intersecting with a vertical line the horizontal line which it began by following, is capable of converting its speed into lifting power.

In a sentiment Charles Bukowski would echo decades later in his magnificent poem “so you want to be a writer,” Proust argues that genius is similarly not a matter of ideal conditions or optimal power, but of transformation by way of unselfing:

The men* who produce works of genius are not those who live in the most delicate atmosphere, whose conversation is the most brilliant or their culture the most extensive, but those who have had the power, ceasing suddenly to live only for themselves, to transform their personality into a sort of mirror, in such a way that their life, however mediocre it may be socially and even, in a sense, intellectually, is reflected by it, genius consisting in reflecting power and not in the intrinsic quality of the scene reflected.

Complement with Beethoven and the crucial difference between genius and talent, then revisit Proust on why we read, how the mind can obscure the heart’s wisdom, and what art does for the soul.