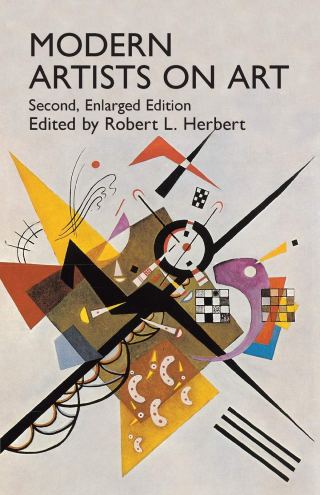 Since we first came down from the trees, we have been looking at them and seeing ourselves, seeing lush metaphors for our own deepest existential concerns — metaphors for the secret to lasting love, metaphors for what it means to live with authenticity, metaphors for finding infinity in our solitude.

Trees have been of especial enchantment and self-clarification to artists. “The tree which moves some to tears of joy is in the eyes of others only a green thing which stands in the way,” William Blake wrote in his most beautiful letter. “As a man is, so he sees.” Two centuries later, the visionary Agnes Martin first dreamt up the spare visual poetics of her grids while “thinking of the innocence of trees.”

But no one has intersected the canon of sylvan metaphors with the canon of theories of creativity more insightfully than the Swiss-born German artist Paul Klee (December 18, 1879–June 29, 1940) did in a 1924 lecture about the creative process, later adapted into the now-iconic essay “On Modern Art,” posthumously published in 1948 as a slim, lovely book with a foreword by the great English philosopher, anarchist, poet, and art historian Herbert Read — a man who so ardently believed that “art must lead beyond the arts, to an awareness and a share of mutuality” — and included in the 1964 anthology Modern Artists on Art (public library).

Considering “those elements in the creative process which, during the growth of a work of art, take place in the subconscious,” Klee likens the artist to a tree and writes:

The artist has studied this world of variety and has, we may suppose, unobtrusively found his way in it. His sense of direction has brought order into the passing stream of image and experience. This sense of direction in nature and life, this branching and spreading array, I shall compare with the root of the tree.

From the root the sap flows to the artist, flows through him, flows to his eye.

Thus he stands as the trunk of the tree.

Battered and stirred by the strength of the flow, he guides the vision on into his work.

As, in full view of the world, the crown of the tree unfolds and spreads in time and space, so with his work.

But the work of art, Klee cautions, is not a direct translation of the subconscious — it is rather the work of a transmutation for which the artist is both the agent and the vessel:

Nobody would affirm that the tree grows its crown in the image of its root. Between above and below can be no mirrored reflection. It is obvious that different functions expanding in different elements must produce divergences.

But it is just the artist who at times is denied those departures from nature which his art demands. He has even been charged with incompetence and deliberate distortion.

And yet, standing at his appointed place, the trunk of the tree, he does nothing other than gather and pass on what comes to him from the depths. He neither serves nor rules — he transmits. His position is humble. And the beauty at the crown is not his own. He is merely a channel.

Complement with Pablo Neruda’s love letter to forests and Walt Whitman on the wisdom of trees, then revisit other immensely insightful reflections on the creative process and what it means to be an artist by Virginia Woolf, Beethoven, Rainer Maria Rilke, Mark Rothko, Robert Browning, Wassily Kandinsky, W.S. Merwin, Chinua Achebe, E.E. Cummings, and James Baldwin.