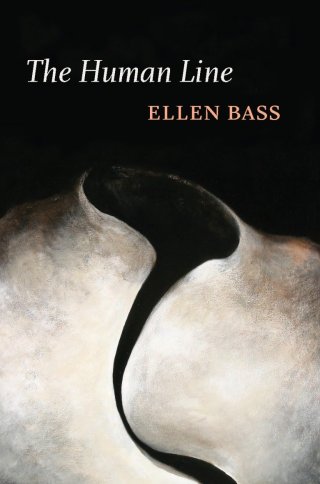 “Yours is a grave and sobering responsibility, but it is also a shining opportunity,” the poet turned marine biologist Rachel Carson enjoined a gathering of young people about to commence their lives as she was exiting hers, having catalyzed the modern environmental movement with her courageous 1962 book Silent Spring “Mankind is challenged, as it has never been challenged before,” she told the coming generations in what became her stunning and sobering farewell, “to prove its maturity and its mastery — not of nature, but of itself.”

A generation later, the ecologically sonorous poet Mary Oliver opened one of the century’s most beloved poems with this tender sidewise rejoinder to the call of overwhelming responsibility: “You do not have to be good. / You do not have to walk on your knees / For a hundred miles through the desert, repenting. / You only have to let the soft animal of your body / love what it loves.”

Yet another generation later, in the midst of a sixth extinction the function of a failed civilizational responsibility, the poet Ellen Bass twines these sentiments and sensibilities in her staggering poem “The Big Picture” — a rare masterpiece of perspective, immense and intimate, originally published in her 2007 collection The Human Line (public library), and read here by musician, poetry-steward, Carsonite, and my dear friend Amanda Palmer.

THE BIG PICTURE
by Ellen Bass

I try to look at the big picture.
The sun, ardent tongue
licking us like a mother besotted

with her new cub, will wear itself out.
Everything is transitory.
Think of the meteor

that annihilated the dinosaurs.
And before that, the volcanoes
of the Permian period — all those burnt ferns

and reptiles, sharks and bony fish —
that was extinction on a scale
that makes our losses look like a bad day at the slots.

And perhaps we’re slated to ascend
to some kind of intelligence
that doesn’t need bodies, or clean water, or even air.

But I can’t shake my longing
for the last six hundred
Iberian lynx with their tufted ears,

Brazilian guitarfish, the 4
percent of them still cruising
the seafloor, eyes staring straight up.

And all the newborn marsupials —
red kangaroos, joeys the size of honeybees — steelhead trout, river dolphins,
all we can save

so many species of frogs
breathing through their
damp permeable membranes.

Today on the bus, a woman
in a sweater the exact shade of cardinals,
and her cardinal-colored bra strap, exposed

on her pale shoulder, makes me ache
for those bright flashes in the snow.
And polar bears, the cream and amber

of their fur, the long, hollow
hairs through which sun slips,
swallowed into their dark skin. When I get home,

my son has a headache and, though he’s
almost grown, asks me to sing him a song.
We lie together on the lumpy couch

and I warble out the old show tunes, “Night and Day”…
“They Can’t Take That Away from Me”… A cheap
silver chain shimmers across his throat

rising and falling with his pulse. There never was
anything else. Only these excruciatingly
insignificant creatures we love.

Complement with Marie Howe’s sweeping “Singularity” — that crowning curio in the poetic canon of individual and collective self-awareness as small and feeling creatures aglow with potential amid a vast and unfeeling universe — and the young poet Marissa Davis’s stunning response to Howe’s poem, then revisit Jane Hirshfield’s kindred-colored perspectival masterpiece “Today, Another Universe.”