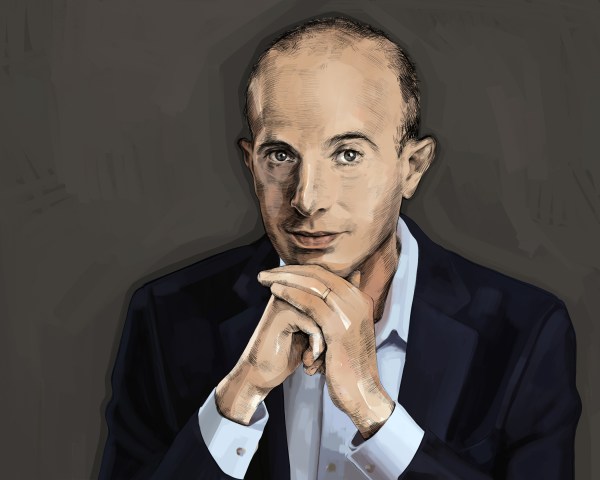 “As a species, we are very good in acquiring more power, but we are not good at all in translating power into happiness.”

Prof. Yuval Noah Harari (@harari_yuval) is a historian and bestselling author who is considered one of the world’s most influential public intellectuals today. His popular books—Sapiens: A Brief History of Humankind, Homo Deus: A Brief History of Tomorrow, and 21 Lessons for the 21st Century— have sold 27.5 million copies in 60 languages. They have been recommended by Barack Obama, Chris Evans, Janelle Monáe, Bill Gates, and many others. The Guardian has credited Sapiens with revolutionizing the nonfiction market and popularizing “brainy books.”

He is also behind Sapiens: A Graphic History, a new graphic novel series in collaboration with comics artists David Vandermeulen (co-writer) and Daniel Casanave (illustrator). This beautifully illustrated series is a radical reworking of his book Sapiens: A Brief History of Humankind. The series will be published in four volumes starting in fall 2020 with Volume 1, The Birth of Humankind, which is out now.

This episode is brought to you by Pique Tea! I first learned about Pique through my friends Dr. Peter Attia and Kevin Rose, and now Pique’s fermented pu’er tea crystals have become my daily go-to. I often kickstart my mornings with their Pu’er Green Tea and Pu’er Black Tea, and I alternate between the two. Their crystals are cold-extracted using only wild-harvested leaves from 250-year-old tea trees. Plus, they triple toxin screen for heavy metals, pesticides, and toxic mold—contaminants commonly found in tea. I also use the crystals for iced tea, which saves a ton of time and hassle.

Want to hear another episode with someone who lives to share their fascination with history? Listen to my conversation with Hardcore History‘s own Dan Carlin in which we discuss finding one’s ‘radio’ voice, podcasting as a full-time job, the upsides of masochism, touchy subjects to avoid, creativity, and much more.