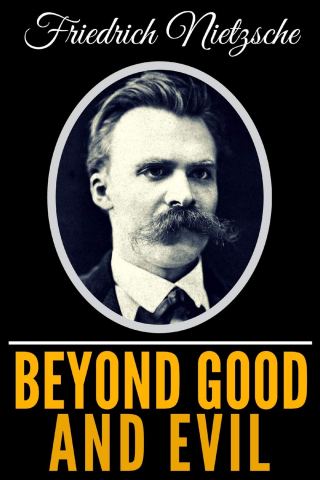 “All the goodness and the heroisms will rise up again, then be cut down again and rise up,” John Steinbeck wrote to his best friend on New Year’s Day 1941, as the world was coming undone by its deadliest war. “It isn’t that the evil thing wins — it never will — but that it doesn’t die.”

It is a sentiment both lucid and noble, springing from one of humanity’s most humanistic minds. It is also an incomplete sentiment, for the dichotomy is not between good and evil but within the totality of being — something James Baldwin captured two decades and myriad miniature wars later in his staggering observation that “it has always been much easier (because it has always seemed much safer) to give a name to the evil without than to locate the terror within.”

A century before Baldwin, Friedrich Nietzsche (October 15, 1844–August 25, 1900) explored the complexity and nuance of this disquieting fundament of human nature in his 1886 book Beyond Good and Evil (free ebook | public library).

Composed of 296 numbered arguments, organized into nine thematic parts, and concluding with an epode, or aftersong, titled “From High Mountains,” this unyawning awakening of a book builds on the ideas Nietzsche had explored three years earlier from a more poetic angle in Thus Spoke Zarathustra, now examined with a pointed critical sensibility. It is at bottom a gauntlet to dogma, challenging the epochs-old notion of morality as the mere opposition of good and evil. The good person, Nietzsche argues as he hurls classical philosophy into discomposure and lays the groundwork for contemporary moral philosophy, behavioral economics, and social psychology, is not the opposite of the evil person; good and evil, rather, are different expressions of the same nature, which bubble to the surface by complex and nuanced currents of potentiality and choice.

In the seventy-second argument, Nietzsche — translated here by Helen Zimmern in the early twentieth century when his works were first published in English, and writing in an era when every woman was “man,” — extols the power of perseverance over the power of vehemence:

It is not the strength, but the duration of great sentiments that makes great men.

Two sentiments later, he supplements this with another necessity of greatness:

A man of genius is unbearable, unless he possess at least two things besides: gratitude and purity.

While Nietzsche places the active opposition to evil at the heart of the good, he admonishes that the preservation of this crucial purity, this hallmark of greatness, is an immense and delicate responsibility requiring constant vigilance over one’s own heart:

He who fights with monsters should be careful lest he thereby become a monster. And if thou gaze long into an abyss, the abyss will also gaze into thee.

In the one sentence that best distills the essence of his entire book, his entire moral cosmogony, Nietzsche offers the ultimate — the only — charm against the transfiguration of heroism into monstrosity, the one elixir of moral might that at once fuels the fight of good against evil and subsumes it:

What is done out of love always takes place beyond good and evil.

In the same era, animated by the same conviction as he was revolutionizing art, Vincent van Gogh was exclaiming in a letter to his brother that “whosoever loves much performs much, and can accomplish much, and what is done in love is well done!”

Complement this fragment of Nietzsche’s abidingly insightful and, in particular times such as ours, increasingly relevant Beyond Good and Evil with Hannah Arendt’s classic inquiry into the only effective antidote to evil and Susan Sontag on what it means to be a good human being, then revisit Nietzsche on the journey of becoming who you are, why a fulfilling life requires embracing rather than running from difficulty, the true value of education, depression and the rehabilitation of hope, the power of music, the power of language, and his brilliant thought experiment about the key to existential contentment.