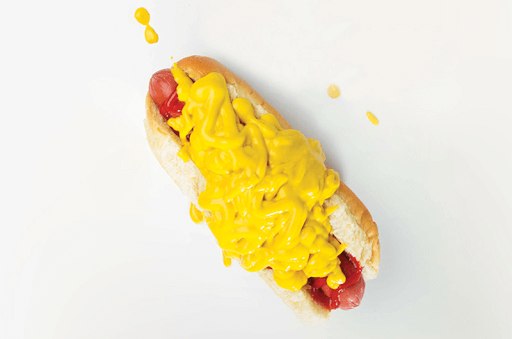 Here’s the tricky thing with beliefs: we all think ours are correct. When actually, almost everything we believe, at some point in our lives, will eventually be at least partially wrong. Yet, we never think about this. After all, if we didn’t think our ideas were right, we wouldn’t believe in them!

But our beliefs are never completely correct. In fact, psychologically speaking, we’re highly fallible, emotionally-driven, self-contradictory meat robots who are occasionally so dysfunctional it’s kind of amazing we can wipe our own asses in the morning.

So, if we accept this as our starting point:

The next question becomes, “What’s the best way to determine which of my beliefs are incorrect?”

What’s a process we can develop for questioning ourselves and spotting our erroneous beliefs before they royally screw us over?

Well, a logical starting point would be to name many of the most common mistaken beliefs we tend to hold onto. That’s right, there are basic beliefs and assumptions that you and I regularly buy into with little basis in reality.

The goal of this article is to help you begin to question these basic beliefs and assumptions. Then, ideally, that ability to self-question will extend to other beliefs you hold as well.

But this is just another version of the classic self-help “just believe in yourself” trope—sounds nice on the surface, but doesn’t actually do much. Just think about all of the people you know in your life who are complete fucking idiots, yet they seem convinced that they know what they are doing.1

See? In the wrong hands, confidence can be a problem.

Research shows that if you have overly strong convictions about what you’re doing, you will justify a lot of your own bullshit. You’ll be less open to constructive feedback. And you’ll likely ignore a lot of good ideas and other, better options.2

In other words, there’s a fine line between “knowing what you’re doing” and ego.

The antidote to this ego is simply accepting the fact that you might not know what you’re doing.3 There’s an old saying that the difference between an expert and an amateur is that the expert is aware of what they don’t know. There’s a lot to be said for that.

Sounds simple, but it’s not easy for most of us.

You know how when you were a kid and you’d want to do something and your parents said you couldn’t and you’d say, “It’s not fair!” to which they’d reply, “Life isn’t fair.”

Yeah, I hated that shit, too. But then you grow up and you start to see that Mom and Dad were kinda right. Life isn’t fair. In fact, you couldn’t even conceive of all of the dimensions in which life indiscriminately gives good things to some and bad things to others.

OK, so you’ve heard that before. But allow me to propose something that might blow your mind.

Obviously, every decent, thinking human being believes that people are morally equal — i.e., no individual’s life is inherently more valuable or more important than anyone else’s.

But then, from that, many of us extrapolate the assumption that we should therefore all experience the same pleasures and suffer the same pains.

And that simply doesn’t make sense.

After all, how do we know how much one person suffers and whether it’s more or less than ourselves? How do we know whether something horrible today isn’t life’s greatest gift ten years from now? Or that what we love today will completely screw us over a year in the future?

Look, it’s not “fair” that I’m not as handsome as Brad Pitt or that I grew up in a place that was really into tractors or that I have a rare genetic blood condition that could kill me by the time I’m 60.

But I’m still gonna do shit, anyway. Hell, I’m going to do it even harder and faster because of those drawbacks. And that’s what matters.

I’ve written a lot about the the whole “make more, buy more, fuck more” beliefs in our culture and how they’re basically killing us slowly.

I think on some level, perhaps, most people understand that materialism and conspicuous consumption are ultimately hollow pursuits. And yet, we all still fall into the “more is better” trap in one way or another.

That’s because even when we reject one type of consumerism, we almost always replace it with another.

For example, a lot of millennials rejected the goal of having a big house with a big lawn and two big cars in a big garage in their big suburban neighborhood like their parents had.7

But many of these same people have simply replaced material consumption with experiential consumption. They want to travel more, see more, do more — have more fun, more friends, more options, more, more, more.

Whether we’re chasing material wealth or a wealth of experiences, we’re almost always doing it for the same reason: to fill that empty void we feel inside of ourselves.

And yet, having more options at our disposal tends to make us more miserable instead of happier.8 Chasing more experiences tends to leave us scattered and wandering instead of focused and committed. As Seneca put it, “It is not the man who has too little, but the man who craves more, that is poor.”

Don’t get me wrong, new experiences and new people and new places are all great teachers in life. It’s just that, at a certain point, there’s a diminishing return on “more, more, more.”

So, I’ve argued that in order to find meaning and purpose in our lives, we almost always have to do the opposite. We have to focus on simplifying. We have to cut out what’s not necessary, to end the addictive cycle of more consumption and more experiences. To pick a handful of pursuits and people and commit to them passionately.

Looks, goals are great. I’m a fan. Everyone should have some goals in life. You will be aimless without them. But goals also have some subtle dangers. One of those dangers is that we can end up identifying too strongly with them.

Goals are supposed to be a means to an end. But sometimes when we become so committed to achieving them, they become an end themselves. We decide to lose 15 pounds because we think it will make us happy. But we get so caught up in the goal emotionally that we base our self-esteem on the goal and nothing but the goal. This presents two risks:

In the first case, sometimes our failure to achieve goals makes us feel more hopeless and desperate. Sometimes our goals cause us to do shady shit that we’re not proud of later.9 Sometimes we become obsessed with our goals and needlessly sacrifice other healthy parts of our life.

Similarly, even when we achieve our goals, if we’re too invested in them, we feel empty afterwards. There’s a brief high, a sort of ecstasy of, “Fuck yeah, I did it!” followed by a bewilderment and, “Oh shit, what do I do now?”

Well, I say, “Bold goals, held loosely.” The point of goals is not necessarily to accomplish them. Most of the value in them is that they give you direction. They give you something to work towards and ways to improve yourself. The exact quantity of that improvement is less important.

I see it all the time. People get into self-improvement—usually to work on a real problem in their lives—and they get hooked on that feeling of progress, that sense that they’re accomplishing something. They spend a lot of time tinkering with their work schedules, maximizing daily routines, seeking opportunities for financial arbitrage, new productivity hacks, networking tips, all while taking twenty-eight nootropic supplements.

Anything to give them an “edge.”

This sort of self-obsession can maximize productivity, but it absolutely guts your emotional life. The dangers of becoming an obsessive self-help addict are many:

The most meaningful moments in life do not show up on your calendar or to-do list. There is often value in doing something that provides no value. Sometimes you should do something for the simple sake of doing it.

It’s important to develop an interest and capacity for self-improvement. But it’s also important to develop an interest and capacity in non-improvement. Ironically, every once in a while, the most useful thing you can do is not useful. It’s to just sit and play a video game, drink a beer, laugh with a friend, talk to your kid, read a book, fart and laugh about it. Then sleep a little too late and do it again.

Learning to Update Your Beliefs

Our beliefs help us make sense of our chaotic, messy world. They help us act on incomplete information.11 Without beliefs, we’d be little more than stimulus-response machines, just reacting to whatever life throws at us on a moment-to-moment basis.

If your dating life is one disaster after the next, what are your beliefs about relationships and how might they be factoring into said disasters? For example, if you believe people are only interested in getting their own needs taken care of, is it really any wonder why you only end up with selfish people?

If you’re constantly overspending, unable to save money, and always feel like you’re behind on bills, what beliefs about money do you have that might be influencing your finances?

You have to be skeptical of your own beliefs, of your bullshit. There’s a skill to observing, questioning, and then updating your beliefs. It’s a skill we must develop and get good at.

Therefore, it’s not so much about adopting the correct beliefs, as much as adopting the process of being able to update our beliefs.

Beliefs give us a mental manual on how to operate in the world. And if you keep running into the same problems over and over again in your life, it’s probably time to update your manual.