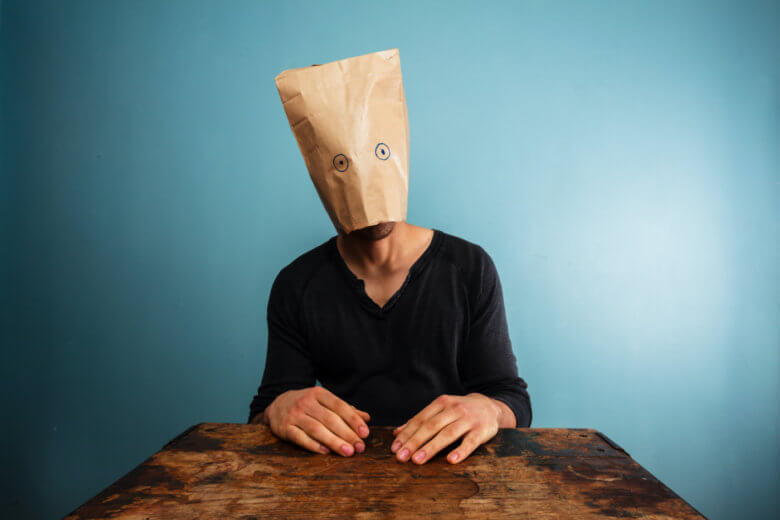 The English philosopher Bertrand Russell once said, “The whole problem with the world is that fools and fanatics are always so certain of themselves, and wiser people so full of doubts.”

Perhaps what’s even more amazing is that he said this long before the advent of the internet.

Today, due to the joys of social media, we are regularly exposed to legions of people who believe they know what the fuck they are talking about when they do not. And, indeed, as Russell pointed out, the more clueless these people are, the more confident in their pronouncements they seem to be.

In psychology, this is known as the “Dunning-Kruger Effect.” It’s a psychological tendency named after the two researchers who initially measured it. And it’s surprising how wide its applications are in our lives.

The Dunning-Kruger Effect: Ignorance of Ignorance

There are four types of information:

The Dunning-Kruger Effect goes beyond ignorance. It presents a meta-layer of ignorance—the ignorance of our own ignorance.

That is the Dunning-Kruger Effect. And that is what Russell says is so wrong with the world. The fact that we all do this. That we predictably overestimate our knowledge and abilities in a way that causes more errors and graver mistakes.

Yeah, but Mark, You Don’t Get It… I Really Am Awesome

Now, I know what you probably did when you read through that list. It’s probably the same thing I did.

“Psh, those other people are soooo dumb. Good thing I know about all of the ways I’m terrible at things… which means that the things I’m amazing at, I actually am pretty amazing.”

We read things like this and at no point do we stop to consider the areas where we think we are great are also delusional. We fail to consider that we also fall victim to this blindspot.

Just one example: we have blindspots when it comes to our emotional awareness. We might project our own bullshit onto other people, misplace our anger and judgement, shut down when we get uncomfortable, overcompensate for feelings of inferiority, let our jealousy get the best of us, be an insensitive prick without even realizing we’re being an insensitive prick, and so on. We all do it. All of us.

But some of us think we don’t do it nearly as much or as poorly as others. And yet, studies have shown that people who rank lowest on objective emotional intelligence tests think they’re far more emotionally aware than others.9 And it gets worse. These same people were more reluctant to listen to feedback about their scores and—AND—were much less likely to express interest in resources that would help them improve their emotional intelligence. Go figure. And it’s not just with emotions, it’s with… well, everything.

People with the unhealthiest lifestyle habits rate themselves as comparatively healthier than they actually are.10

People who hold the most politically biased views also hold the most inaccurate “factual” beliefs. They wildly over or underestimate numbers related to things like welfare participation and government budget expenditures.12

So here we are, trapped in a universe where the people who need the most help not only refuse it, they refuse to even believe they need help in the first place.

Are we just totally fucked? Or is there a way out?

The Paradox of Overcoming Ignorance

Perhaps the most frustrating thing about the Dunning-Kruger effect is that it’s incredibly difficult to overcome. And that’s because it’s wrapped in contradiction.

How do you get someone—or yourself—to look for something they can’t even see? How do you correct an error if you don’t even know you made one?

You can’t reason with a conspiracy theorist precisely because they didn’t form their beliefs with reason. Had they the ability to change their beliefs based on reason and evidence, they wouldn’t have believed in wild conspiracy theories in the first place. In fact, they think they’re the only ones being reasonable to begin with.

Part of the problem is that there is comfort in the feeling of knowing. People don’t like uncertainty. And so settling on a belief helps us feel like we’ve made more sense of the world. When we can make sense of the world, we feel safe. Whether that belief is true or not doesn’t matter—it just has to give us some relief from the anxiety of not knowing.

Getting people to focus on developing related skills, rather than assessing their own abilities, seems to have some effect in reducing the Dunning-Kruger effect in task performance.13

For example, if someone is terrible at accounting but doesn’t realize it, perhaps you teach them organization skills so that in the process of learning how to better organize paperwork and transactions, they come to realize that they are the world’s worst accountant.

It also might be effective to simply teach people about the concept of blindspots and the Dunning-Kruger Effect to begin with and then let the idea percolate in their minds for a while until they start questioning their own assumptions.14

Also, as much as you’d like to be a dick to some of these people, it turns out it’s not helpful to ridicule them for how stupid they are.15 Ridiculing people simply causes them to become more defensive and double-down on their challenged beliefs, not relinquish them.

That said, you can gently peer pressure someone into seeing their ignorance. Try showing them examples of top performers in whatever field they’re so overly confident about.16 This might or might not work depending on how delusional the person is, but it’s worth a shot.

In the end, though, I think the only way to ward off our own ignorance is by choosing to have fewer opinions and more loosely held beliefs.

Humility is an important value. In fact, the Dunning-Kruger Effect suggests that humility can be highly practical. By intentionally underestimating our understanding of things, not only do we open up more opportunities to learn and grow, but we also foster a more realistic view of ourselves, and prevent ourselves from looking like a narcissistic assface around others.

…and now we’re back to square one.