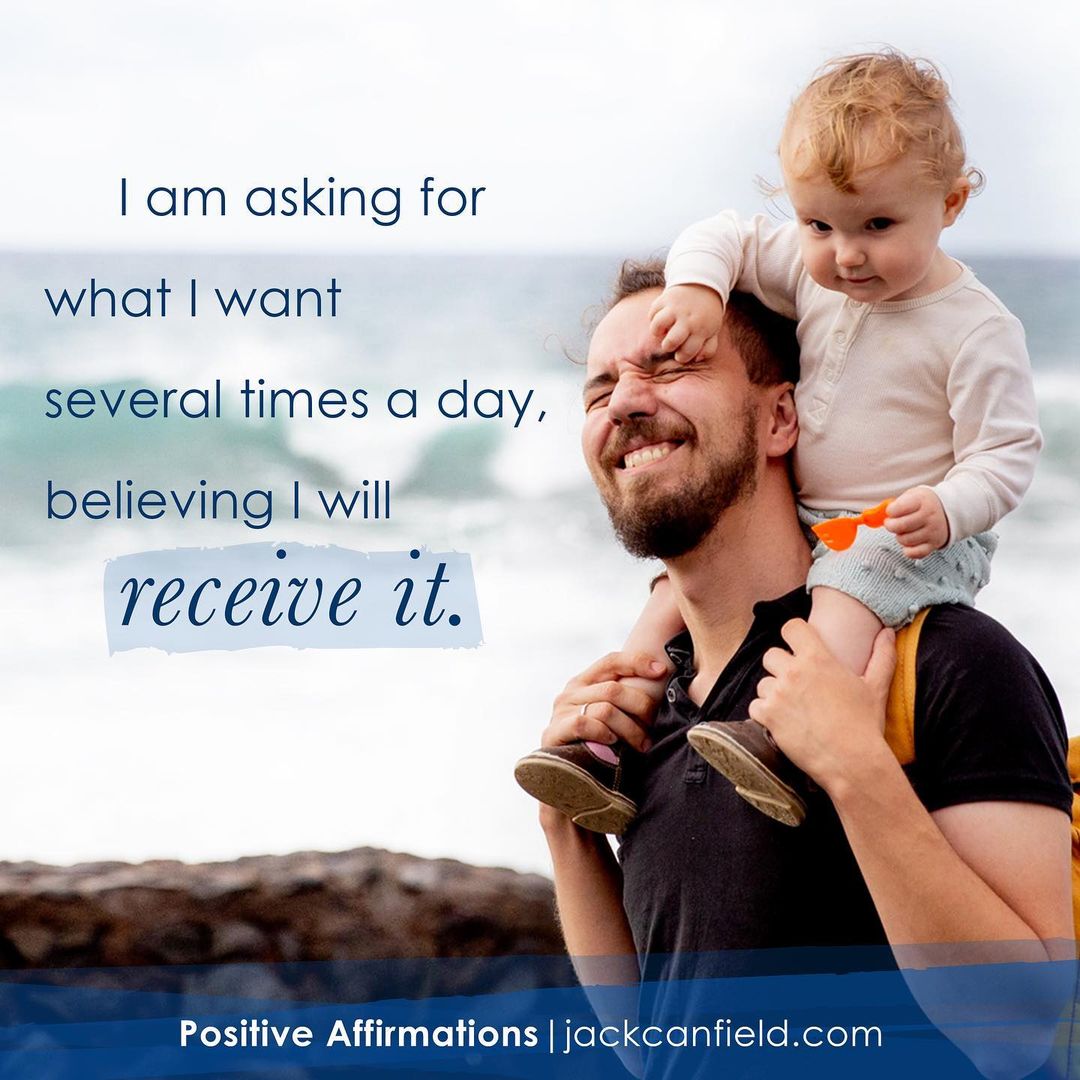 “No” doesn’t have to be the end of the story. You can learn how to reject rejection, and look at it as an opportunity to progress forward and even excel at the very thing you were rejected for.

Today I want to talk to you about how to reject rejection—and how to use it to launch yourself even closer to your goals.

Rejection Does Not Mean Failure

If I were a betting man, I’d wager that you don’t like being rejected. Of course not, it’s not a good feeling. Who among us looks forward to being told our idea wasn’t good enough, that we didn’t quite measure up to the task, or we ourselves are somehow flawed?

The reality is, all of us experience rejection at some point in our lives. From applying for a job to asking someone out on a date, we’ve all been told “no.” It’s an inevitable part of life.

But too many people think that rejection equals failure. They think it’s a sign they should abandon whatever it is they were trying to accomplish.

I’m sure you know people who were rejected by someone or something and let that rejection stop them from moving forward.

Maybe they were rejected by a romantic interest and decided to give up on love altogether. Maybe they didn’t get a bank loan, so they never followed through on their plan to start their own business.

Or maybe they wrote a book that was rejected by several publishers, and so they abandoned their dream of becoming an author.

Rejection is What You Make of It

If you accept it as the end of the road and the death of a goal, it will be.

But, if you reject the idea that rejection means failure, and instead approach it as a positive learning experience, simply a natural step on the path to getting where you want to go, you can harness the power of rejection and use it to propel yourself toward even higher levels of success.

Because here’s the deal: You are going to be “rejected” many, many times in life. But that doesn’t mean you are on the wrong track or that your goals aren’t worth pursuing.

It doesn’t mean you can’t ultimately get what you want. It’s just a delay in results.

It may be that you have asked the wrong person. Or maybe, you asked the right person at the wrong time. This may mean that you need to get better at how to make effective requests or sales pitches.

It could also mean that the universe is testing your resolve, gauging how much you really want it, or your level of commitment. If getting everything we want were easy, everyone would have everything they want, which is obviously not the case.

“No” simply means “not yet.” Keep asking. A “yes” is out there waiting to be asked.

Rejection Is a Myth

I’d like you to consider this. Rejection is a myth.

Let me say that again. Rejection is a myth! At the deepest level, if you ask for something and you get a “no,” your life didn’t get worse.

My life stayed the same. It only feels worse, if I start talking to myself and telling myself, “There must be something wrong with me. I’ll never get a date, and I am going to die alone.”

We tell ourselves that we have lost something when a person says “no” to us, but that’s not true at all. If you get turned down for that date or passed over for that promotion, you’re no worse off than you were before.

Plus you’re now in a position to receive some valuable information that you may not have had access to before. Because now you can ask that person why they said “no.”

More importantly, you can ask them this valuable question, “What would have to happen for you to say yes?” Their answer could give you some valuable feedback on how to be more effective in the future.

And that’s incredibly powerful information to have.

What Needs to Happen to Get a Yes?

When Mark Victor Hansen and I were trying to find a publisher for the first Chicken Soup for the Soul book, we were turned down by publisher after publisher. One day I asked that question, “What would have to happen for you to say yes?”

One publisher said, “We would have to know that we could sell 20,000 copies of the book.”

Mark and I spent the next year handing out a sheet of paper to every person at every talk we did that said, “I promise to buy _(blank number)_ of copies of Chicken Soup for the Soul when it is published.”

We had them sign it and put down their mailing address and their phone number. When we had 20,000 promises to buy, we showed it to the publisher, and he was then willing to take the risk.

When you simply allow rejection to stop you from keeping on asking, you give your personal power over to someone else. But YOU are the only person who ultimately has control over your own destiny.

Don’t let one person’s opinion stop you from achieving your heartfelt dreams and your highest vision for your life.

Becoming comfortable with rejection is often easier said than done. Especially if you’re an introvert like me.

Here’s a simple acronym that has helped me in the past: SWSWSWSW. It stands for “Some will, some won’t, so what? Someone’s waiting!”

In other words, some people will definitely say “yes” to you, and some won’t, and there’s no point in stressing about it. Because even when you do get a “no,” there’s definitely someone out there who is waiting to give you a YES.

This is what I have told myself over the years, whenever I have received a “no.” And you know what? I have ALWAYS ended up finding the person who was waiting to give me my “yes.”

Here’s another helpful formula for success in how to reject rejection. When the world says “no”, you say “NEXT.” Ask the next person. There are a lot of people out there in the world—7 billion to be exact. That’s a lot of possibilities.

You can also ask the same person at a later date. Maybe their circumstances have changed.

Think about this. Every actor, singer, or writer who has ever made it big: Every single one of them has experienced rejection, time and time again.

The first two movie studios he approached to make his new space movie, “Star Wars,” passed on the idea.

If George Lucas had given up after two rejections, pop culture history would never have been made—and Lucas wouldn’t have gone on to sell the Star Wars franchise to Disney for $4 billion.

Walt Disney was actually fired from the Kansas City Star back in 1919 as a cartoonist. Why?

They told him, the creator of Mickey Mouse, that he lacked imagination and had no good ideas. Imagine if he had listened to them, instead of trusting in himself.

Steve Jobs, the iconic founder of Apple, is another great example. He was fired by his own board of directors. But he didn’t let that stop him from pursuing his dreams.

He eventually came back and reinvented the company, and was responsible for making it the largest company in the world today.

How about “Chicken Soup For the Soul,” the book that made me a multi-millionaire?

It was rejected by 144 publishing companies before Mark and I finally got a “yes.” I could have given up at any point during those 144 rejections.

But I didn’t—and thank goodness, because the 145th company we approached said “yes,” and that dramatically and forever changed my life, including making me a multimillionaire.

Here’s one of my favorite quotes from author Barbara Kingsolver, who I was fortunate enough to meet one year in Hawaii at the Maui Writers Conference:

“This manuscript of yours that has just come back from another editor is a precious package. Don’t consider it rejected. Consider that you’ve addressed it ‘to the editor who can appreciate my work’ and it has simply come back stamped “not at this address.” Just keep looking for the right address.”

Many of the world’s most successful business people have experienced repeated rejection. But they never let it stop them from achieving their wildly ambitious goals.

When Howard Schultz, the founder of Starbucks was trying to raise money to open his first coffee stores, he spoke to 242 people and 217 of them said “no.” If he had given up, there would be no Starbucks today.

How to Reject Rejection

So the next time someone tells you “no,” you say “next”—and move on to the next opportunity to reach your goal.

Just remember that in order to learn from your rejection, you have to be willing to explore it. Ask the person why they said “no,” and what you would need to do to get a “yes.”

Listen to their feedback and decide if it makes sense to you. If not, ask for a second opinion from someone you trust.

Learn where the gaps are between where you are and where you want to be, and what you need to do to fill in those gaps.

So here’s your homework to complete after reading this blog post. Think about the one thing that you’ve been afraid to do because you’ve been scared of hearing a “no” or getting rejected, and then go do it!

Remember, if they say “no,” you’re in the exact same place as you were when you started. There’s really nothing to lose.

For some additional resources on how to reject rejection, get instant access to my free Affirmations for Success guide. And remember, nothing in your life will change for the better until you do.