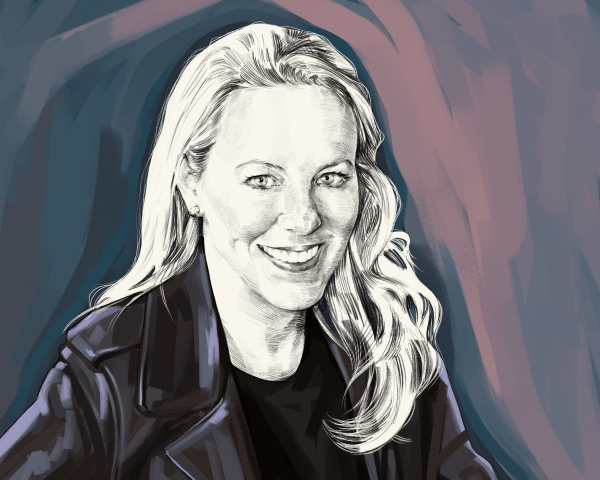 Katie Haun (@katie_haun) is a general partner at Andreessen Horowitz. Previously, she spent a decade as a federal prosecutor with the US Department of Justice where she focused on fraud, cyber, and corporate crime alongside agencies including the SEC, FBI, and Treasury. She created the government’s first cryptocurrency task force and led investigations into the Mt. Gox hack and the corrupt agents on the Silk Road task force.

While serving as a federal prosecutor with the U.S. Department of Justice, she also prosecuted RICO murders, organized crime, public corruption, gangs, and money laundering. She held senior positions at Justice Department headquarters in both the National Security Division and Attorney General’s office where her portfolio included antitrust, tax, and national security. Katie has testified before both houses of Congress on the intersection of technology and regulation.

Katie serves on the board of Coinbase, where she chairs its audit and risk committees, and HackerOne. She also advises numerous technology companies and has invested in a range of companies from seed to Series C stage. She teaches a class on cryptocurrencies at Stanford Business School and previously taught cybercrime at Stanford Law School.

She clerked for US Supreme Court Justice Anthony Kennedy and is an honors graduate of Stanford Law School. She is a lifetime member of the Council on Foreign Relations.

Brought to you by Four Sigmatic mushroom coffee, Eight Sleep’s Pod Pro Cover sleeping solution for dynamic cooling and heating, and LinkedIn Jobs recruitment platform with ~700M users. More on all three below.

Using LinkedIn’s active community of more than 722 million professionals worldwide, LinkedIn Jobs can help you find and hire the right person faster. When your business is ready to make that next hire, find the right person with LinkedIn Jobs. And now, you can post a job for free. Just visit LinkedIn.com/Tim.

This podcast is brought to you by Four Sigmatic and their delicious mushroom coffee, featuring lion’s mane and chaga. It tastes like coffee, but it has less than half the caffeine of what you would find in a regular cup of coffee. I do not get any jitters, acid reflux, or any type of stomach burn. It’s organic and keto friendly, plus every single batch is third-party lab tested.

You can try it right now by going to FourSigmatic.com/Tim and using the code TIM. You will receive up to 39% off on the lion’s mane coffee bundle.  Simply visit FourSigmatic.com/Tim. If you are in the experimental mindset, I do not think you’ll be disappointed.

Want to listen to another episode about cryptocurrency? Make sure to check out my conversation with Nick Szabo, in which we discuss social scalability, strengths and weaknesses of Etherium, blockchain governance, quantum thought, future careers, and much more.