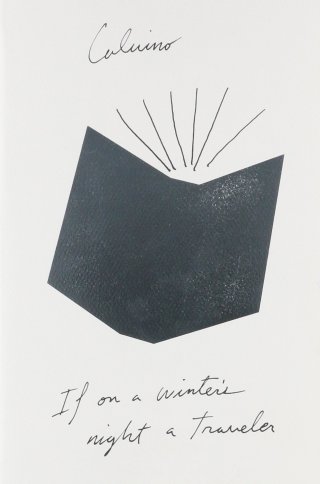 “I function only by falling in love: with French and France; with the 15th Century; with microbiology, cosmology, sleep research,” Ursula K. Le Guin wrote in her daybook, capturing the necessary passion that makes writing akin to falling in love. But reading is where the parallel begins. Some of us read in order to write — one must first read about the fifteenth century and microbiology and sleep research before writing about it — and some read purely for the private joy of a world enlarged. Reading is the real fulcrum that lifts us up into new realms of thought and feeling, new atmospheres of reality, from which we free-fall into a deeper love of life itself. And whenever we read, we read the way we love — with our whole being, bringing to the book every experience we’ve ever had, every vestige of half-remembered impressions and half-survived heartbreaks, the imprint every other book we’ve ever read has left on our conscience.

From Italo Calvino (October 15, 1923–September 19, 1985) comes an uncommonly insightful, tender, and sensual celebration of this parallel between reading and love — the making of it, the falling into it — in a wonderful passage from 1979 novel If on a winter’s night a traveler (public library). From the frame narrative about a reader trying to read a book to the novel’s very title, deliberately styled like a sentence and not like a caption of capitalized words, this book is the ultimate meta-homage to reading — a book by and for the unabashed, obsessive lover of books; a book that exemplifies all of Calvino’s fourteen criteria for a classic, but especially the fourth: “a book which with each rereading offers as much of a sense of discovery as the first reading.”

Drawing a central parallel between a story in literature and a love story in life, Calvino writes:

How to establish the exact moment in which a story begins? Everything has already begun before, the first line of the first page of every novel refers to something that has already happened outside the book. Or else the real story is the one that begins ten or a hundred pages further on, and everything that precedes it is only a prologue. The lives of individuals of the human race form a constant plot, in which every attempt to isolate one piece of living that has a meaning separate from the rest — for example, the meeting of two people, which will become decisive for both — must bear in mind that each of the two brings with himself a texture of events, environments, other people, and that from the meeting, in turn, other stories will be derived which will break off from their common story.)

He considers how reading, like physical intimacy, is an act of total immersion that at its best requires a delicate osmotic balance of total surrender and unassailable sovereignty — one of the mind, the other of the body:

Now, since your bodies are trying to find, skin to skin, the adhesion most generous in sensations, to transmit and receive vibrations and waves, to compenetrate the fullnesses and the voids, since in mental activity you have also agreed on the maximum agreement, you can be addressed with an articulated speech that includes you both in a sole, two-headed person. First of all the field of action, or of existence, must be established for this double entity you form. Where is the reciprocal identification leading? What is the central theme that recurs in your variations and modulations? A tension concentrated on not losing anything of its own potential, on prolonging a state of reactivity, on exploiting the accumulation of the other’s desire in order to multiply one’s own charge? Or is it the most submissive abandonment, the exploration of the immensity of strokable and reciprocally stroking spaces, the dissolving of one’s being in a lake whose surface is infinitely tactile?

In a sentiment evocative of Rilke’s poignant observation that “even between the closest human beings infinite distances continue to exist” and that a healthy love is one of spacious union between two neighboring solitudes, Calvino concludes of this necessary negotiation between separateness and unity:

In both situations you certainly do not exist except in relation to each other, but, to make those situations possible, your respective egos have not so much to erase themselves as to occupy, without reserve, all the void of the mental space, invest in itself at the maximum interest or spend itself to the last penny. In short, what you are doing is very beautiful but grammatically it doesn’t change a thing. At the moment when you most appear to be a united voi, a second person plural, you are two tu’s, more separate and circumscribed than before.

In what may be the most sensuous passage ever composed on the subject, he likens the act of reading to the act of making love, addressing the reader-lover:

Now you are being read. Your body is being subjected to a systematic reading, through channels of tactile information, visual, olfactory, and not without some intervention of the taste buds. Hearing also has its role, alert to your gasps and your trills. It is not only the body that is, in you, the object of reading: the body matters insofar as it is part of a complex of elaborate elements, not all visible and not all present, but manifested in visible and present events: the clouding of your eyes, your laughing, the words you speak, your way of gathering and spreading your hair, your initiatives and your reticences, and all the signs that are on the frontier between you and usage and habits and memory and prehistory and fashion, all codes, all the poor alphabets by which one human being believes at certain moments that he is reading another human being… The Other Reader now is reviewing your body as if skimming the index, and at some moments she consults it as if gripped by sudden and specific curiosities, then she lingers, questioning it and waiting till a silent answer reaches her, as if every partial inspection interested her only in the light of a wider spatial reconnaissance. Now she dwells on negligible details, perhaps tiny stylistic faults… and she exploits them to establish a margin of detachment, critical reserve, or joking intimacy; now instead the accidentally discovered detail is excessively cherished — for example, the shape of your chin or a special nip you take at her shoulder — and from this start she gains impetus, covers (you cover together) pages and pages from top to bottom without skipping a comma.

But then Calvino anchors the analogy in a crucial difference within the similarity of the two experiences:

Lovers’ reading of each other’s bodies (of that concentrate of mind and body which lovers use to go to bed together) differs from the reading of written pages in that it is not linear. It starts at any point, skips, repeats itself, goes backward, insists, ramifies in simultaneous and divergent messages, converges again, has moments of irritation, turns the page, finds its place, gets lost. A direction can be recognized in it, a route to an end, since it tends toward a climax, and with this end in view it arranges rhythmic phases, metrical scansions, recurrence of motives. But is the climax really the end? Or is the race toward that end opposed by another drive which works in the opposite direction, swimming against the moments, recovering time?

If one wanted to depict the whole thing graphically, every episode, with its climax, would require a three-dimensional model, perhaps four-dimensional, or, rather, no model: every experience is unrepeatable. What makes lovemaking and reading resemble each other most is that within both of them times and spaces open, different from measurable time and space.

Complement this fragment of the thoroughly delicious If on a winter’s night a traveler with Jeanette Winterson on reading as self-liberation, Anne Lamott on reading as healing, Alain de Botton on reading as a portal to empathy, and Rebecca Solnit on reading as an existential toolkit for transformation, then revisit Calvino on the unbearable lightness of language, literature, and life and philosopher Martha Nussbaum on what reading Proust reveals about the litmus test for true love.