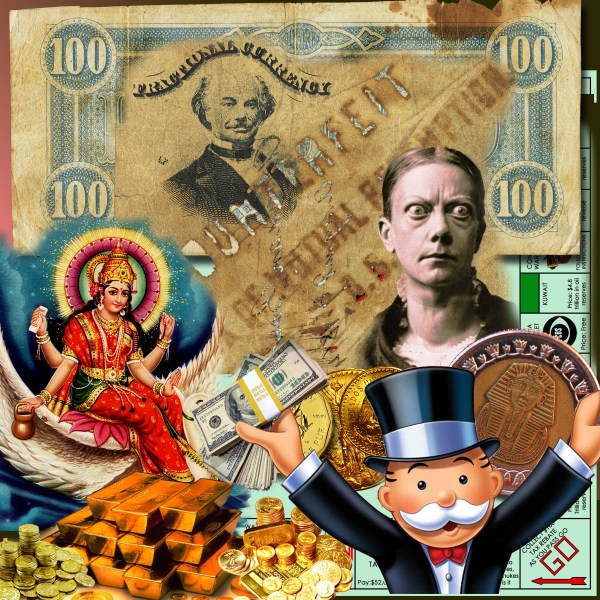 This week has been a fascinating firestorm for me.

Part of the excitement came after a series of tweets I published about some of the concerns I have as psychedelic medicine makes the leap from research to for-profit startups and companies. Here is what I wrote:

“I am very concerned by the patent land grab warming up in the for-profit psychedelic world. Is anyone working on an IP Defense Fund—or coalition of pro-bono lawyers—of some type to file USPTO objections/comments, etc. when companies attempt to secure broad patents that could hinder scientific research, reasonable competition (i.e., for “scale” and wide accessibility, we need competition to help drive costs down), and so on? Who are the smartest people thinking about this?
cc @michaelpollan, @Drug_Researcher, @RickDoblin, @RCarhartHarris”

[If helpful, here is the link to the actual thread on Twitter.]

Rick Doblin of The Multidisciplinary Association of Psychedelic Studies (MAPS) replied with the below, which offers great food for thought. It demonstrates how non-profits and drug development can co-exist with innovative business models. It also demonstrates how a profit-first model is NOT always necessary for attracting excellent talent to work on tough problems:

Another response that got a fair amount of attention was from Christian Angermeyer, who has co-funded and co-founded two notable for-profit companies in the space, Compass Pathways and ATAI Life Sciences, respectively. I learned of his response in an excellent and comprehensive VICE article on the spectrum of IP being filed right now related to psychedelics, which ranges from weight-loss to e-cigarettes.

Before we go further, I want to note that I like Christian and have also moderated panels involving him (e.g., the psychedelic science panel at Milken Institute Global Conference 2019, which I think is the best 101 overview I’ve ever been a part of), where I’ve always found his perspectives valuable.

He is sincere in his goal to help millions with access to psychedelics, and here is his response to my thread (in case easier, screenshot is here):

I planned on responding on Twitter, but it got long and Twitter wouldn’t let me. I also realized that the points, problems, and questions are relevant to nearly anyone starting or working for a for-profit company in the psychedelic space.

For those reasons and more, I decided to turn my response into a blog post.

Thank you for the response, Christian. I agree with nearly everything in your response and appreciate the dialogue.

That said, I don’t think it directly addresses my concerns. To further the conversation, please allow me highlight and clarify a few things:

1. I’m not anti-profit. I’m an early investor or advisor in 50+ companies that have created hundreds of billions of dollars of market cap (e.g., Shopify, Uber, Facebook, Twitter, Alibaba) and raised tens of billions of dollars in funding. I understand how important intellectual property (IP) can be and how critical it is to have financially sustainable models for scaling. 100% agreed there. For-profit structures, and markets in general, are excellent mechanisms for innovation and solving challenging problems.

2. Regarding my donations of “a few million dollars,” which seemed to be considered trivial — I think it’s worth noting that I began funding studies in psychedelic science circa late 2015, and I was a founding funder of the first dedicated research center in the world (Imperial College) and the first in the US (Johns Hopkins). I believe these and other “seed investments” have had large compounding effects, including cultural and institutional domino effects on an international scale. I judge my investments and philanthropy based on outcomes, not the size of my inputs. Little amounts can do a lot when put in early. Of course, I completely agree that massive amounts of capital will be needed to scale access.

Related to science — would you be willing to allow scientists who have signed deals with Compass or ATAI to share their agreements publicly (i.e., waive confidentiality clauses)? I believe that would quell some of the concerns among psychedelic advocates. If not, why not? If you wanted bonus points, you could allow researchers to terminate agreements without penalty and/or without clauses surviving termination.

Of course, I realize that this would be unusual and not without challenges, but it might be a creative example of how companies can reassure the public that they are, net-net, contributing to, and not detracting from or disabling, the ecosystem.

3. You wrote that I’m “wrong” and “incredibly misguided” on the topic of IP. Can you please help me understand how I’m wrong and misguided? I’m always game to learn, but I could use more specifics.

As I stated in my initial tweet thread, I think it’s worth examining — and possibly pushing back on — “broad patents that could hinder scientific research, reasonable competition (i.e., for ‘scale’ and wide accessibility, we need competition to help drive costs down), and so on.” This also applies to anything in the public domain that should remain in the public domain. Please note that I didn’t mention specific companies, but since you engaged…

Do you disagree? Do you think a monopoly/duopoly of any type (Compass or ATAI or otherwise), or patents on basic elements of the psychedelic experience, would be good for the ecosystem, for innovation, or for ensuring affordable pricing?

I ask these things AS A CHEERLEADER. I WANT Compass and ATAI to succeed in helping many millions of people! I’ve met you, as well as the founders of Compass, and I believe you all to be good people. I really mean it. I believe that you all want to change the world for the better, and this field needs well-capitalized teams who can execute.

Compass and other for-profit companies have the potential to do a ton of good in the world. I also think that the nature and incentives of capitalism can breed strategies that are very bad for innovation, and we need individuals, groups, and third-party organizations to watch for them and mitigate them. Even the best of intentions can warp when they collide with the harsh realities of business.

None of this is Compass- or ATAI-specific. It applies to every startup and company in the space.

For-profit ventures have a critical role to play in the expansion of psychedelic medicine, but for-profit ventures don’t get a free pass. They can also cause harm, and they often do. There will be compelling temptations to make unethical decisions, pursue unfair anti-competitive practices (e.g., patenting “inventions” that aren’t inventions), generate revenue without adding value (e.g., IP trolling), charge as much as possible (e.g., NYT – “Drug Goes From $13.50 a Tablet to $750, Overnight“), and treat the psychedelic landscape as a winner-take-all or zero-sum game. “Disruption” can be white hat or black hat; “scaling” can be done with net-gain or net-loss to an ecosystem.

There are bad actors and mercenaries in every industry. But here’s the part that people forget — even if the founders of a company rival Mother Theresa in their moral character and strength, that isn’t enough. Leadership changes, incentives change, power dynamics change, and all situations change (Suggested reading: We Will Call It Pala). That’s why both internal guardrails and external watchdogs are important. Once again, even the purest of intentions can warp when they collide with the harsh realities of business. I’ve seen it.

In the end, the people who would most suffer as as a result of the problems I’ve outlined are the millions of people who most need psychedelic medicine. That is why I’m taking the time to write and publish my concerns.