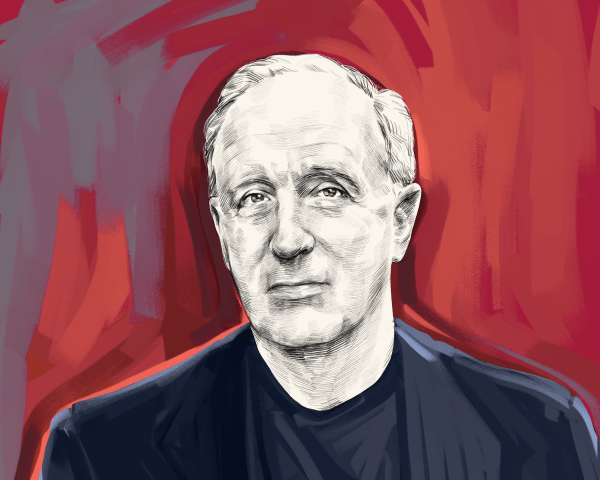 “Resistance with a capital R, that force of self-sabotage, will try to stop you as a writer or an artist or anybody from achieving your best work, from following your calling, will try to distract you, undermine your self-confidence, make you procrastinate, make you quit, make you give into fear, or, on the other hand, make you such a perfectionist that you spend all day on one paragraph and you accomplish nothing. The concept of little successes, or of a routine, is to help you overcome that Resistance.”

Steven Pressfield (@SPressfield), a former Marine and graduate of Duke University, became an overnight success as a writer after 30 years of abject failure. Identifying the omnipresence of “Resistance,” the interior force of self-sabotage he described in The War of Art, has saved his own artistic life and has helped many others struggling to find their creative calling. Steven’s novels of the ancient world, including the nonfiction The Warrior Ethos, are required reading at West Point, Annapolis, and in the Marine Corps. He lives in Los Angeles.

His new book is A Man at Arms, an epic saga about a reluctant hero, the Roman Empire, and the rise of a new faith.

Brought to you by Tonal smart home gym; LinkedIn Sales Navigator, the best version of LinkedIn for sales professionals; and Athletic Greens all-in-one nutritional supplement. More on all three below.

Try Tonal, the world’s smartest home gym, for 30 days in your home, and if you don’t love it, you can return it for a full refund. Visit Tonal.com for $100 off their smart accessories when you use promo code TIM at checkout.

Want to hear an episode with another prolific wordsmith? Lend an ear to my conversation with Joyce Carol Oates in which we discuss creative processes and obstacles, the joy of revision, the truth about “final” drafts, the relationship between quantity and enduring quality of one’s work, writing for contemporaries over posterity, and much more.