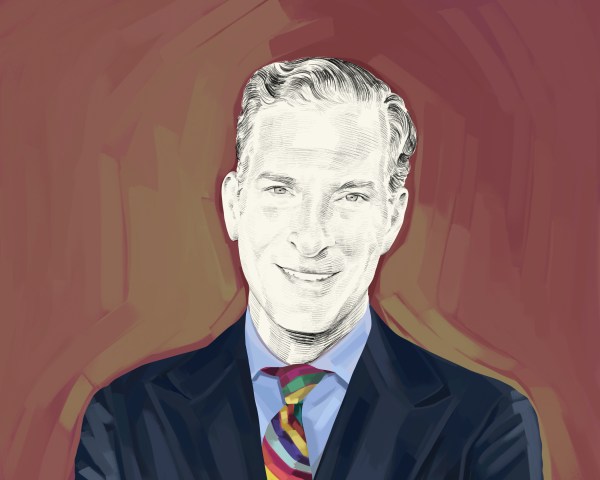 “If you can alternate power, you get a lot of good incentives for everyone treating everybody relatively well.”

Noah Feldman (@NoahRFeldman) is a Harvard professor, ethical philosopher and advisor, public intellectual, religious scholar and historian, and author of 10 books, including his latest, The Broken Constitution: Lincoln, Slavery, and the Refounding of America.

Noah is the founder of Ethical Compass, which helps clients like Facebook and eBay improve ethical decision-making by creating and implementing new governance solutions. Noah conceived and designed the Facebook Oversight Board and continues to advise Facebook on ethics and governance issues.

Feldman is host of the Deep Background podcast, a policy and public affairs columnist for Bloomberg Opinion, and a former contributing writer for The New York Times. He served as senior constitutional advisor to the Coalition Provisional Authority in Iraq and subsequently advised members of the Iraqi Governing Council on the drafting of Iraq’s interim constitution.

He is the author of 10 books, including Divided by God: America’s Church-State Problem — and What We Should Do About It, What We Owe Iraq: War and the Ethics of Nation Building, Cool War: The United States, China, and the Future of Global Competition, Scorpions: The Battles and Triumphs of FDR’s Great Supreme Court Justices, and The Three Lives of James Madison: Genius, Partisan, President.

Brought to you by Eight Sleep’s Pod Pro Cover sleeping solution for dynamic cooling and heating, Athletic Greens all-in-one nutritional supplement, and Headspace easy-to-use app with guided meditations. More on all three below.

This episode is brought to you by Headspace! Headspace is your daily dose of mindfulness in the form of guided meditations in an easy-to-use app. Whatever the situation, Headspace can help you feel better. Overwhelmed? Headspace has a 3-minute SOS meditation for you. Need some help falling asleep? Headspace has wind-down sessions their members swear by. And for parents, Headspace even has morning meditations you can do with your kids. Headspace’s approach to mindfulness can reduce stress, improve sleep, boost focus, and increase your overall sense of well-being.

Dig conversations with polymaths? Then you’ll want to hear the conversation I had with the Polymath of Polymaths, Stewart Brand. Lend an ear to the episode in which we discussed the Whole Earth Catalog’s sentiment of “stay hungry; stay foolish,” influencing civilization by changing its tools rather than trying to reshape human nature, artificial intelligence vs. intelligence augmentation, addressing the idea of de-extinction and the woolly mammoth in the room, bioabundance, how Stewart lost 30 pounds at age 75, the rewards of being a pack rat, and much more.

#281: Stewart Brand – The Polymath of Polymaths

Note from the editor: Timestamps will be added.

“There’s actually nothing more frustrating in life than hearing someone speak a language that you don’t speak, because you know there’s a whole universe going on there. For me, the impulse to decode is to sort of get behind there and to know what’s going on underneath.”
— Noah Feldman

“Is our whole system, from the Constitution on, fundamentally ruined by having racism and slavery in its DNA from the start? Or can we be a lot more optimistic about our capacities as a country by virtue of progress that we’ve made since our Declaration of Independence was written by a slave holder and our Constitution was drafted primarily by a slave holder at a convention where slave-holding states had a huge amount of influence?“
— Noah Feldman

“Imitation is the sincerest form of flattery because imitation shows you that other people think something is working.”
— Noah Feldman

“Almost no constitutions in the modern world are totally invented from scratch.”
— Noah Feldman

“If you can alternate power, you get a lot of good incentives for everyone treating everybody relatively well.”
— Noah Feldman

“When you learn a language, it puts you in the thought world of the people who speak it, and you no longer are seeing them as an outsider, imagining what they might think when they speak to themselves. But you’re actually a participant.”
— Noah Feldman