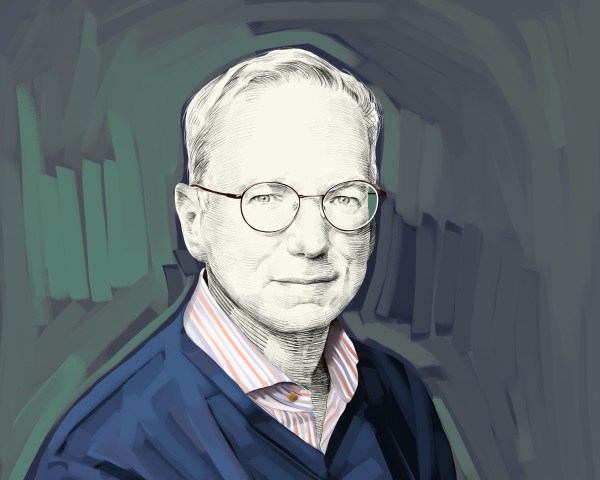 “The chemist wakes up in the morning and says, ‘Let’s try the following seven compounds.’ They try the seven compounds, none of them work. And at five o’clock, they go home to have dinner and think, watch television, and the next morning they think of another seven. Well, the computer can do a hundred million in a day. That’s a huge accelerant in what they’re doing.”

Eric Schmidt (@ericschmidt) is a technologist, entrepreneur, and philanthropist. He joined Google in 2001, helping the company grow from a Silicon Valley startup to a global technological leader. He served as chief executive officer and chairman from 2001 to 2011 and as executive chairman and technical advisor thereafter. Under his leadership, Google dramatically scaled its infrastructure and diversified its product offerings while maintaining a culture of innovation. In 2017, he co-founded Schmidt Futures, a philanthropic initiative that bets early on exceptional people making the world better.

He serves as chair of the Broad Institute and formerly served as chair of the National Security Commission on Artificial Intelligence. He is the host of Reimagine with Eric Schmidt, a podcast exploring how society can build a brighter future after the COVID-19 pandemic. With co-authors Henry A. Kissinger and Daniel Huttenlocher, Eric has a new book out titled The Age of AI: And Our Human Future.

Brought to you by ShipStation shipping software, ButcherBox premium meats delivered to your door, and Pique Tea premium tea crystals (pu’er, etc.). More on all three below.

#541: Eric Schmidt — The Promises and Perils of AI, The Future of Warfare, Profound Revolutions on the Horizon, and Exploring The Meaning of Life

This episode is brought to you by ButcherBox! ButcherBox makes it easy for you to get high-quality, humanely raised meat that you can trust. They deliver delicious, 100% grass-fed, grass-finished beef; free-range organic chicken; heritage-breed pork, and wild-caught seafood directly to your door.

Skip the lines for your Thanksgiving turkey. This holiday, ButcherBox is proud to give new members a free turkey. Go to ButcherBox.com/Tim to receive a free 10–14 pound turkey in your first box.

Pique is offering 15% off of their pu’er teas, exclusively to my listeners. Simply visit PiqueTea.com/Tim, and the discount will be automatically applied. They also offer a 30-day satisfaction guarantee, so your purchase is completely risk free. Just go to PiqueTea.com/Tim to learn more.

Want to hear the last time Eric was on this show? Listen to our conversation in which we discuss the immeasurable impact that late coach Bill Campbell had on Silicon Valley’s rise as a veritable modern superpower.

“We believe today, from the Reformation, that we have the sole power of understanding reality. But at some point, that’s not going to be true.”
— Eric Schmidt

“I am convinced that the secret to longevity is being a workaholic. The reason I say that is that Henry Kissinger, at the age of 90, knew nothing about the digital world, although he had a lot of opinions about it. But he has mastered the digital world and artificial intelligence with the alacrity and the speed of people who are just getting into it now.”
— Eric Schmidt

“Today, computers can see better than humans. Their vision is literally better. I didn’t realize at the time how important sight was for everything. A car should be driven by a computer. The doctor should use an AI system to examine you and then give him or her recommendations on your care. I’d much rather have the computer look at my skin rash or my retina in my eye because we now know, from many, many tests, that humans make observational mistakes, even the best, but computers, when properly trained, don’t.”
— Eric Schmidt

“I thought a lot about the way politicians speak. If you watch carefully, they take a set of phrases, and they repeat them over and over again. They’re simple phrases. That’s anchoring. They’re trying to get the audience, their voters, to start with this fact and then judge past it. Well, computers will be incredibly good at exploiting that.”
— Eric Schmidt

“The chemist wakes up in the morning and says, ‘Let’s try the following seven compounds.’ They try the seven compounds, none of them work. And at five o’clock, they go home to have dinner and think, watch television, and the next morning they think of another seven. Well, the computer can do a hundred million in a day. That’s a huge accelerant in what they’re doing.”
— Eric Schmidt

“Over and over again, I would like the AI system to educate me and entertain me and keep me curious about the dynamism of the world.”
— Eric Schmidt

“We have never had a situation in our human experience where there was an intelligence that was similar to ours, but not the same, that was non-human. Imagine a situation where these intelligences exist and they can be consulted. Well, who gets to consult them? What happens to their answers?”
— Eric Schmidt